Contents hide
1 What is Jnana Yoga?
2 What Do Jnana Yogis Study?
3 The Four Pillars of Knowledge
3.1 The First Pillar – Viveka
3.2 The Second Pillar – Vairagya
3.3 The Third Pillar – Shatsampat
3.4 The Fourth Pillar – Mumukshutva
4 Traditional Practice of Jnana Yoga
5 The Mahavakayas
6 Jnana Bhumikas
7 How to Bring Jnana Yoga into Your Practice
8 Summary

What is Jnana Yoga?

Jnana is a Sanskrit word meaning ‘wisdom’ or ‘knowledge.’ Like the other branches of the yoga tree, Jnana yoga is a path to liberation and realization of the true nature of reality. It is the pursuit of liberation through the cultivation of wisdom. Of all six branches of yoga, Jnana yoga is thought to be the most direct route to illumination and insight, but also the most difficult.

Monks, sages, and scholars epitomize the Jnana yogi. Jnana yoga is not simply the act of study, it also involves reflection, meditation, and contemplation of the sacred texts, questioning how they relate to the nature of the self and the human condition.

What Do Jnana Yogis Study?

Jnana yoga involves the study of the ancient sacred scriptures, and as such it is known as the yoga of the mind. Practitioners of this branch of yoga devote their lives to gaining knowledge and wisdom through the words of the ancient sages and gurus so that they might realize the true nature of reality.

Jnana yogis study the ancient yogic texts, such as:

It is not enough to simply study these texts and learn them through the logical mind. Jnana yogis take what they learn and reflect on the teachings in quiet meditation so that they can contemplate the meaning of the lessons in relation to the self and the human experience. It is this internalization, absorption and subsequent relation to real experience that creates the wisdom of Jnana yoga.

Jnana yogis relate the teachings to themselves via Svadhaya (self-study). Therefore, Jnana yoga is equally about studying ancient texts as it is about studying the self. To study the nature of the self is to develop an ‘awareness of absolute consciousness,’ and how it relates to universal consciousness. Through this deep inquiry, the practitioner can begin to transcend the ego and the identification of the self with thoughts and emotions. As the dissolving of these limitations happens, the practitioner will expand the mind and reach a state of oneness with the universe, seeing that the inner self (atman) is a part of universal consciousness (Brahman).

The Four Pillars of Knowledge

Jnana yogis seek this union between self and Brahman by study and self-inquiry following a system known as Sadhana Chatushtaya – the ‘Four Pillars of Knowledge.’ This process involves many steps, and single-pointed meditation and contemplation on each self-inquiry, thus shattering the illusion created by social conditioning and personal perceptions. They should be practiced in sequential order because they build on each other.

Viveka means discernment or discrimination and relates to the development of the ability to discern between reality and illusion and self and non-self. Viveka is an ongoing practice that becomes part of the practitioner’s everyday experience.

Vairagya means detachment and refers to the development of non-attachment to worldly objects, people, places, and situations. When we grasp onto things (attachment) or push things away (aversion), we place part of our identification upon them. Only by releasing these attachments can we free the mind so that the realization of the true self can happen.

Shatsampat is six mental practices that are known as ‘virtues.’ These attitudes bring harmony to the mind and emotions so that deeper states of meditation and transcendence can be achieved. The six methods of training are:

Mumukshutva means yearning and relates to the cultivation of an intense desire for Moksha (liberation from suffering) and union. Mumukshutva is the fire and drive behind the motivation to practice. It is total commitment to the path fuelled by a burning passion to attain enlightenment. It outshines all other desires.

In theory, Jnana yoga is easy to start, and if you are into yoga and spiritual development then you most probably have already begun to study sacred texts and philosophies such as the Bhagavad Gita or the Dhammapada. Mastering Jnana yoga, however, is much more difficult because it is not simply learning the information on an intellectual level, it is also contemplation and application of the teachings into your life and world/self view.

Many gurus recommend that the student begin by practicing Hatha yoga, Bhakti yoga, and Karma yoga before beginning to practice Jnana yoga, in order to prepare the mind, heart, and body. Work through each pillar sequentially, ensuring that you have gained a good grasp of each pillar before moving on to the next.

Once you feel that you have worked through the pillars and begun to integrate them into your life and way of thinking, you can move onto the three core practices of Jnana yoga. These are teachings from the Upanishads and are considered advanced practices, so ensure that you are ready before attempting them. If in doubt, seek to work with a qualified teacher or guru who can assess your progress.

The three core practices are as follows:

Sravana – Hearing the truth of the sacred texts. Sravana is the first step on the path to self-realization and the realization of the true meaning of the sacred teachings. It involves reading the Upanishads and if working with a teacher or guru, discussing the philosophy contained within, especially relating to non-dualism and the identity of atman as part of Brahman.

Manana – After hearing the sacred teachings in the practice of Shravana, you allow them to resonate and absorb into your mind, ridding you of any doubts or confusion. Manana calls for you to deeply reflect on the philosophy of non-dualism, and its relation to Svadhaya and Sravana. In this reflection and contemplation comes the realization of the true nature of the self.

Nididhyasana – After hearing and reflection comes meditation. Nididhyasana is described as the constant and profound meditation on the inner self. It involves meditating on the Mahavakayas (the great sayings of the Upanishads), which contain the wisdom necessary for the practitioner to attain liberation through self-realization and union of atman and Brahman.

Maha means ‘great’ in Sanskrit, and Vakaya means ‘saying.’ The Mahavakayas are the most important seeds of wisdom from the Upanishads. Contemplating these mantras strengthens the mind and helps the yogi to transcend the ego. There are four primary Mahavakayas but they all contain the same message. They are as follows:

Each Mahavakaya expresses in a different way that the individual self is simply a manifestation of the Supreme Self. They illustrate the unity of the two and that there is in fact no such thing as a separate self.

“To know Brahman as one’s own Self is Jnana. To say, “I am Brahman, the pure, all-pervading Consciousness, the non-enjoyer, non-doer and silent witness,” is Jnana. To behold the one Self everywhere is Jnana.”

This is a beautiful song that reflects on the four Mahavakayas.

The Jnana Bhumikas are the seven stages of wisdom. These are the stages that the practitioner will experience on the path of Jnana yoga.

Subheccha – The first stage is the cultivation of ‘good desire’ to study the texts and begin the journey of self-realization. This practice will wash the mind clean with the waters of discernment and protect it from attraction to sensory stimuli.

Atma Vichara – The second stage involves self-inquiry and contemplation on the principles of non-dualism and unity.

Tanumanasi – In the third stage, the yogi cultivates a threadlike state of mind, meaning that it is free from all attachments that might serve as a distraction and it can focus on a single thread of concentration.

Sattvapatti – The fourth stage is a dreamlike state in which the practitioner can look upon all things with equality.

Asamsakti – The fifth stage is a perfect detachment to worldly objects. There is also the experience of Ananda Svaroopa (the Eternal Bliss of Brahman).

Padartha Bhavana – The sixth stage is spiritual vision and knowledge of Truth. This is the stage when an experiential understanding of Brahman begins to appear.

Turiya – The seventh stage is the state of super-consciousness. The yogi has eradicated all separation of ‘I’ or ‘she’, existence or non-existence, inner self, or Supreme Self. The practitioner has realized oneness and attained Moksha.

How to Bring Jnana Yoga into Your Practice

As we have discussed, Jnana yoga is a deep practice that is best done with proper guidance, but you can bring the philosophy and techniques into your own practice daily in order to deepen your understanding of the spiritual teachings and of yourself.

Choose any sacred text that you are drawn to. The ones mentioned earlier, plus some more to consider are:

The key to practicing Jnana yoga while studying any sacred text is to go slowly and pause after each section to meditate on and contemplate the meaning of the words in relation to your life and inner self. If appropriate, practice them in your life, both on and off the mat and cushion, and get a sense of how they feel when put into action.

In reflecting on the teachings and allowing them to become part of your experience, you move them from mere mind-based knowledge to a deeper knowing that is based in the heart and the soul. This experiential knowledge is called Vijnana, it is a knowing that simply cannot happen from reading or listening alone, it has to be practiced to be understood.

Vijnana is a move from an intellectual identity based on Triputi (the separation between subject, object, and action) to a deeper, heart-felt experience of unity and wholeness. The key to this is to practice without attachment to the end results; to practice for the joy of the practice itself.

Jnana yoga is a deep practice that involves study, contemplation, self-inquiry, and meditation. Ultimately it leads to the realization of the unity of atman and Brahman; the inner self and the Supreme Self or universal consciousness.

The yogi must first move through the ‘Four Pillars of Knowledge;’ Viveka, Vairagya, Shatsampat and Mumukshutva.

When the yogi has successfully integrated these steps, she is ready to move onto the advanced stage of the three core practices of Jnana yoga – Sravana, Manana, and Nididhyasana.

The last practice of Nididhyasana involves meditating on the Mahavakayas:

Through the practice of Jnana yoga the practitioner will experience seven stages of wisdom known as the Jnana Bhumikas, the last of which being the final goal of Moksha.

As always, please reach out if you have any questions on this topic or spiritual development in general. You can post questions in the comments below, or post them in the Sacred Circle forum where we would love to connect with you and get to know about your own spiritual path. We hope to see you there. 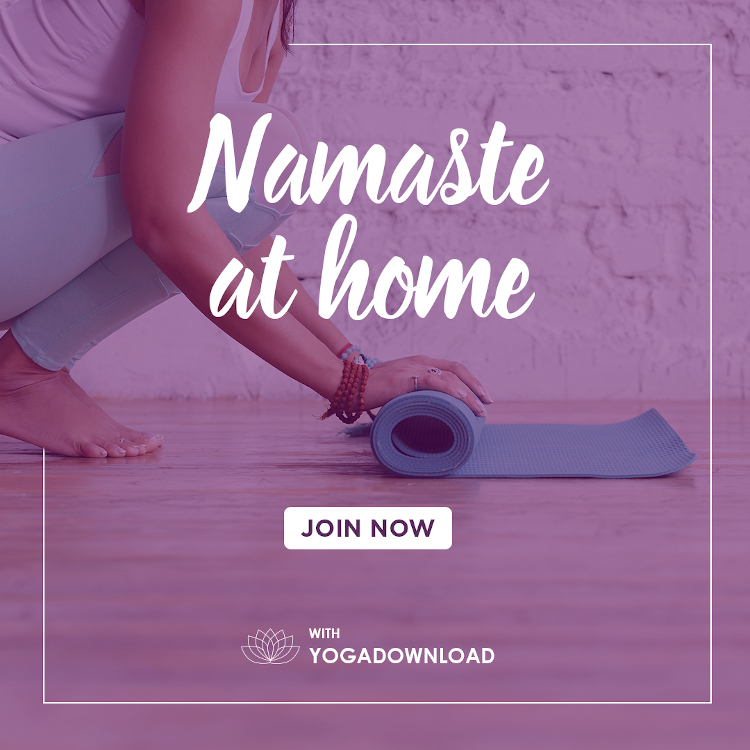 Transformation is just a click away!
Sign up to join our community of women on a journey to spiritual enlightenment.